BBC News, in Albania and France

The BBC has heard evidence that Albanian drug gangs are using the migrant camps of northern France as a recruitment ground, offering to pay the passage of those prepared to work in the UK drugs industry on arrival.

Albanians account for around a third of the almost 40,000 people who have arrived in small boats so far this year, according to UK government figures.

Senior police and immigration officials on both sides of the Channel are worried by the growing role of Albanian middlemen in facilitating crossings.

Albanian Prime Minister Edi Rama has accused the UK of scapegoating his fellow citizens to excuse its “failed policies” on borders and migration.

The BBC has seen how towns near the Albanian capital Tirana have been left almost empty, and how many young Albanians were being lured to the French coast.

In the French town of Dunkirk this summer, eyewitnesses say Albanians occupied part of the main migrant camp there.

And small hotels around the station – like Hotel Bretagne and Le Lion d’Or – are now established staging posts for Albanian migrants: their doors permanently closed, no staff in sight, a 24-hour phone number pinned to the glass.

These are some of the places Albanian middlemen wait for clients – acting as a critical link with the small boat crossings dominated by Iraqi-Kurdish networks.

“In France, there are people who wait for you,” one Albanian man told me, after reaching the UK by small boat this summer. “Everybody in the world knows where to go, if you want to get to England.” 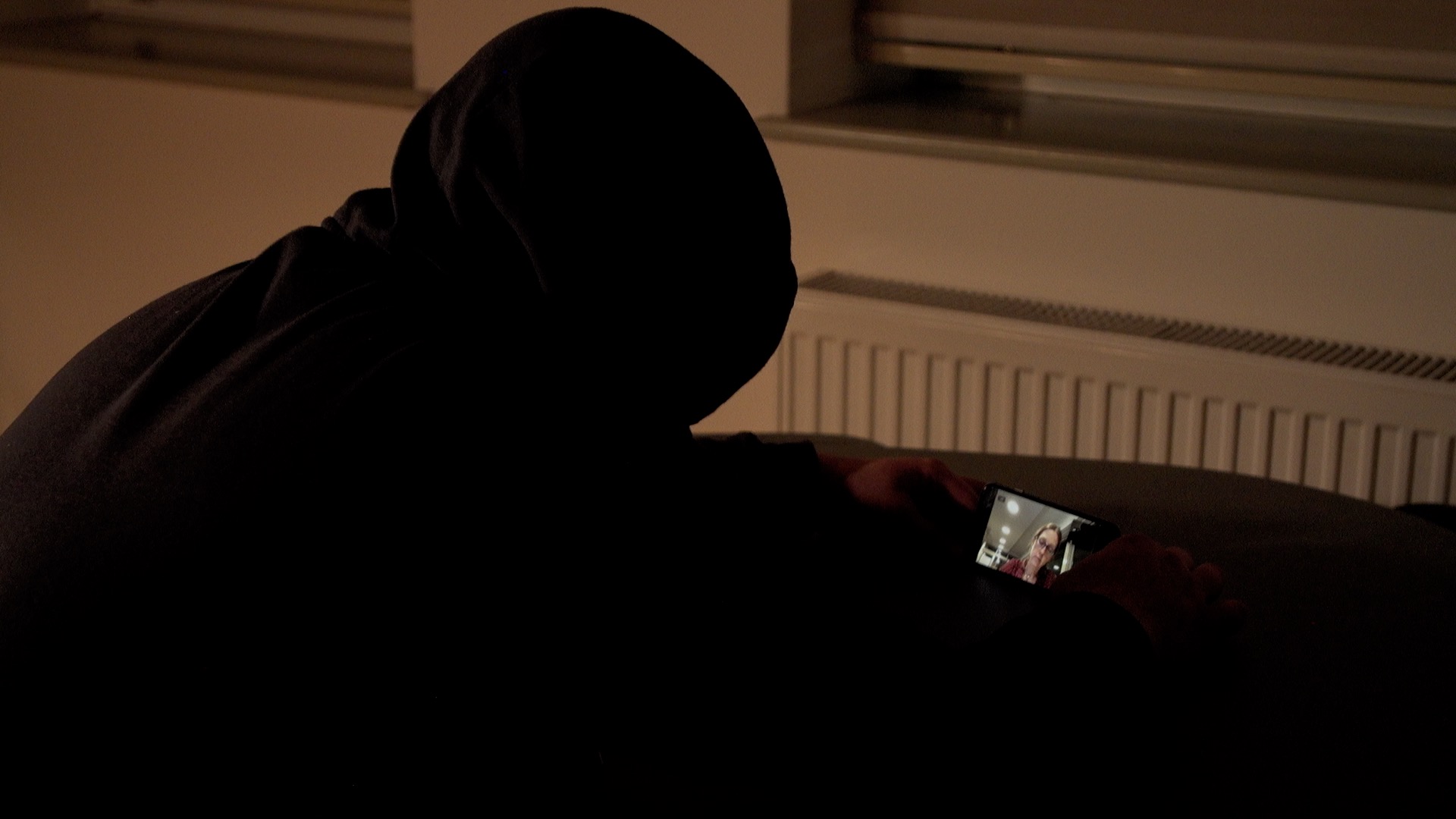 Everybody in the world knows where to go, if you want to get to England.Albanian migrant
Speaking to the BBC

From the street outside Dunkirk station, we spot Kevi at the window of his second-floor room at Le Lion d’Or, as he smokes a cigarette. A new arrival from Albania, 20 years old, and full of nervous energy for the trip ahead.

After just a couple of days here, he has already found someone to organise his crossing and is waiting for the call to leave.

“The weather’s no good,” he says. “We have to wait maybe two more days.”

For Albanian nationals like Kevi, getting to northern France is easy; they have the right to enter the EU as tourists for up to three months without a visa.

Most arrive by bus or car, urged on by adverts on social media promising help from middlemen on the ground in Brussels, Paris, Calais or Dunkirk.

Posing as an Albanian migrant, we contacted two people-smugglers advertising for clients on the video-sharing platform TikTok.

Both responded within half an hour, with options to pay in France or in England, and guidance for getting to Belgium or France, where a fixer would make contact. The message from both of them was: “It’s easy.”

“The middlemen approach you and you just go with the cheapest offer,” Eraldo Harlicaj, an Albanian journalist, told me.

Eraldo recently posed undercover as a migrant for Albania’s ABC television channel. He said most Albanian middlemen stayed away from the main migrant camp in Dunkirk, where Kurdish and other networks wield control.

“When we were inside the camp, we realised that the Albanians did not have any real power. Everything was run by Kurds,” Eraldo told me. “The whole organisation in the camp and the transportation of people towards England was done by the Kurds.”

A senior French official, who is focused on this area, confirmed that Albanians are currently playing the role of intermediaries, connecting Albanian migrants with Iraqi-Kurdish smuggling gangs.

Speaking off the record, he said Iraqi-Kurdish networks currently run 80% of small boat operations, but that the French authorities are concerned about the prospect of Albanian nationals setting up their own independent operations, with a risk of violent conflict between the groups.

The UK government says 12,000 Albanians have arrived by small boat this year, almost all of them young men travelling alone.

Back home in Albania, some areas around the capital Tirana are being drained of people.

Laknas lies on the flight path from Albania to France. Passenger jets zoom over the still and empty town: over its small mosque framed by half-built blocks and shuttered houses; over its deserted café.

Shopkeepers gather in the quiet road to complain that their business is unviable.

A pair of cows mumble away at the grass by the still main road.

“They’re all I have left,” their owner says. “My children have gone to England.”

Residents here say 70% of the local population has already left for the UK. And the departures haven’t stopped.

There are many places like Laknas in Albania now.

Majlinda’s son left for the UK a month ago, with three or four friends from the neighbourhood.

Majlinda is not her real name, she has asked that we not share her identity. She told me her son made it to Dunkirk, but then found himself stuck without the money to pay for a crossing.

“It was very hard for him to get on a boat,” she told me. “I was forced to involve my second cousin who acted as guarantor in England. He has a British visa and has been there for 20 years.”

She said the cousin sent a photo of her son to the smugglers, to identify him.

When the crossing was complete, the smugglers sent a second photo of her son back to the cousin, to prove he had reached British soil.

Even for those without the money to pay up-front, there are ways to get across.

One Albanian man, who reached the UK by small boat several months ago, told us that scouts for Albanian drug gangs were operating inside the Dunkirk camp.

He agreed to an in-person interview in London, on condition we did not identify him in any way.

He described being approached “four or five times” by recruiters.

“They offered lots of things – that they would pay for the trip, that there would be a job for me [in the UK] – but I wasn’t interested,” he said.

He estimates that a majority of the young men he met in the Dunkirk camp planned to work in the Albanian cannabis and cocaine networks in the UK.

No government agency or immigration official has confirmed this estimate. But one former Albanian migrant, who worked illegally in the UK for a decade, told us that half the migrant staff on his construction site were lured away by drug gangs offering higher wages.

Andrea Wilson, deputy director at the National Crime Agency, says the criminal drugs market in the UK is a significant draw for people to come.

“We have seen cases of trafficking, cases where people are debt-bonded,” she told me. “They’ve come to work off the cost of their journey to the UK. They are victims of trafficking – and we take modern slavery very seriously.”

But there is little organised structure to the people-smuggling networks themselves, she said.

“Whereas in drugs or firearms you see a hierarchical structure with a kingpin at the top, in organised migration, we see close associations, loose networks where individuals are put in touch through social media – which makes it very challenging.”

Albania has agreed to swiftly readmit nationals who are refused the right to remain in the UK, and has sent staff to assist British border police.

But the country’s prime minister, Edi Rama, told me the networks operating in northern France were international in nature, and that there was a limit to what his government could do to tackle them.

“The Channel is not geographically and politically under the responsibility of the Albanian government,” he said.

“Countries of origin should not be called in the moment that the problem is in the newspapers. It’s too easy to be the British prime minister and go on TV and show your muscles, and [point to] Albania and Albanians.” 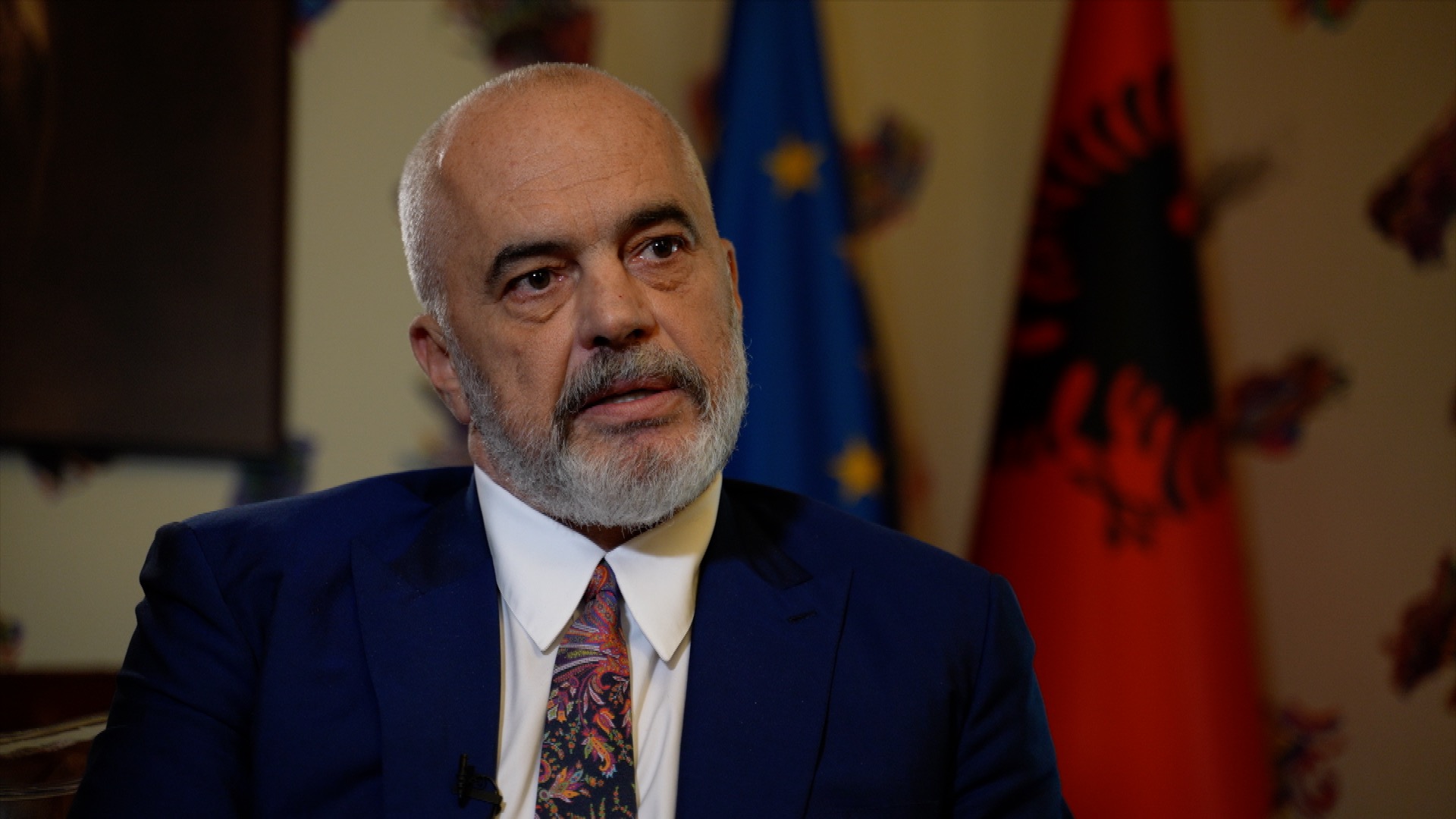 It’s too easy to be the British prime minister and go on TV and show your muscles, and [point to] Albania and Albanians.Edi Rama
Prime Minister of Albania

Albanian people-smuggling networks have existed in France long before the small boat crossings began. For decades, Albanian middlemen in France and Belgium hid their compatriots inside lorries bound for the UK.

The massive UK and French investment in tightening security at ferry ports has made that route more difficult, and more expensive.

Boat crossings cost less than half the price of passage in a lorry, and social media is full of testimony from those who make it across. Each new arrival inspiring another to start.

Majlinda has heard from her son since his arrival in the UK. He is out of detention and living in a hotel.

“He left for a better life,” she said. “But there are sacrifices. We are in debt now to pay back the money we have borrowed.”

Majlinda’s younger son, at 14 years old, is already planning his own trip.

His brother’s story, with its danger and debt, has been transformed by the waters of the Channel into an alluring opportunity.

Each successful crossing, an invisible thread that tugs at the minds of Albanians back home.

No comments to show.

We use cookies on our website to give you the most relevant experience by remembering your preferences and repeat visits. By clicking “Accept All”, you consent to the use of ALL the cookies. However, you may visit "Cookie Settings" to provide a controlled consent.
Cookie SettingsAccept All
Manage consent

This website uses cookies to improve your experience while you navigate through the website. Out of these, the cookies that are categorized as necessary are stored on your browser as they are essential for the working of basic functionalities of the website. We also use third-party cookies that help us analyze and understand how you use this website. These cookies will be stored in your browser only with your consent. You also have the option to opt-out of these cookies. But opting out of some of these cookies may affect your browsing experience.
Necessary Always Enabled
Necessary cookies are absolutely essential for the website to function properly. These cookies ensure basic functionalities and security features of the website, anonymously.
Functional
Functional cookies help to perform certain functionalities like sharing the content of the website on social media platforms, collect feedbacks, and other third-party features.
Performance
Performance cookies are used to understand and analyze the key performance indexes of the website which helps in delivering a better user experience for the visitors.
Analytics
Analytical cookies are used to understand how visitors interact with the website. These cookies help provide information on metrics the number of visitors, bounce rate, traffic source, etc.
Advertisement
Advertisement cookies are used to provide visitors with relevant ads and marketing campaigns. These cookies track visitors across websites and collect information to provide customized ads.
Others
Other uncategorized cookies are those that are being analyzed and have not been classified into a category as yet.
SAVE & ACCEPT

Get In Touch With Us